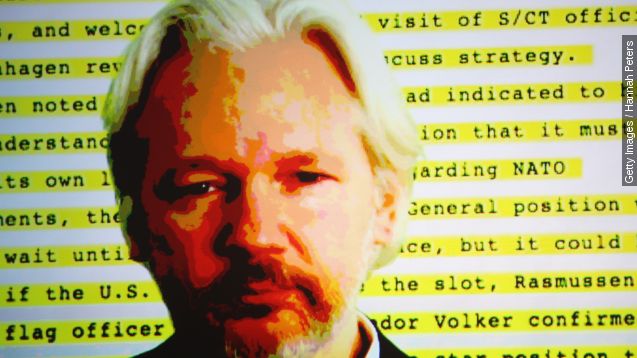 Sweden has dropped part of its investigation into WikiLeaks founder Julian Assange. To understand why, here's a look back at the yearslong diplomatic standoff.

It all started in Sweden, where two women accused Assange of sexual misconduct and rape during his trip to the country in 2010 — allegations he denies and says are part of a smear campaign. (Video via SVT)

Sweden then issued a warrant for his arrest.

But in 2012, Ecuador granted him political asylum, although he tried and failed to get diplomatic protection from France.

Which seemed like a good bet after WikiLeaks published documents alleging the NSA had spied on French presidents.

"I have a debt of gratitude to the staff at this embassy," Assange said from the balcony of the Ecuadorian Embassy in London in 2012.

For the past three years, Assange has been in London — voluntarily holed up at the Ecuadorian Embassy there while Swedish prosecutors weigh their options.

"What has happened here was wrong and shouldn't happen to anyone else," Assange said in an interview with Sky News.

No formal charges have been filed against Assange.

That's because, under Swedish law, he must first be questioned. And Assange wants that questioning to take place inside the Ecuadorian Embassy.

Because if he so much as sets foot outside, he could be arrested by the British police keeping guard outside the embassy, and most likely deported to Sweden for questioning over the sex crime allegations. (Video via Al Jazeera)

And from there, potentially extradited to the U.S. and prosecuted for publishing military and diplomatic secrets.  (Video via Frontline Club)

Though to be clear, the U.S. hasn't issued an extradition request or even charged Assange — at least not yet.

For now, Sweden says it will no longer pursue several of the sex crime allegations against Assange because the statute of limitations has run out. He still, however, faces a rape investigation.

This video includes images from Getty Images and music from WonderCycle.mp3 » Chris Zabriskie / CC BY 4.0.