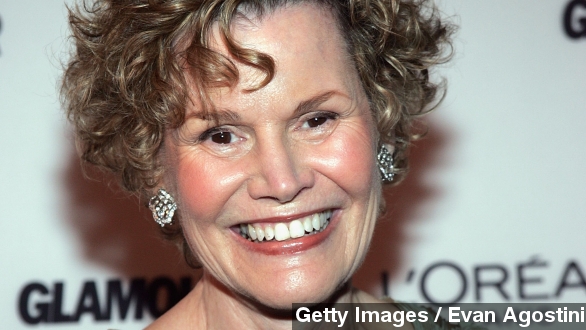 By Christine Slusser
December 16, 2014
After 17 years, author Judy Blume is releasing another novel aimed at adults. "In the Unlikely Event" is due out in summer 2015.
SHOW TRANSCRIPT

Judy Blume is back with her first novel for adults in more than 15 years.

Blume announced her latest novel, due out in summer 2015, will be called "In the Unlikely Event." (Video via CBS)

The 76-year-old author wrote she began researching the novel in 2009 and said she's excited it's almost ready for her fans.

The book will revolve around several airplane crashes that actually took place in New Jersey between 1951 and 1952.

In 2010, NJ Today looked at old newspaper accounts and explained the three passenger-plane crashes, all of which ended in numerous fatalities, caused the Newark Airport to be shut down. It was later reopened.

But as with all Blume's novels, the characters who react to these events will be the heart of the story.

Blume was a teenager when the crashes took place. She told People it was a "crazy time" that was "incomprehensible to us as teenagers."

Blume's last novel for adults was "Summer Sisters" published in 1998, which means she'll have been on a 17-year hiatus from that market by the time her latest novel comes out in 2015. Blume did write children's books during that time.

Blume is perhaps best known for books like "Are You There God? It's Me, Margaret" and the "Fudge" series. More than 85 million copies of Blume's books have been sold, so we're sure anxious fans will snatch up this book, which is available for preorder on several sites.