Third-Party Nominees Failed To Sue Their Way Into Presidential Debates 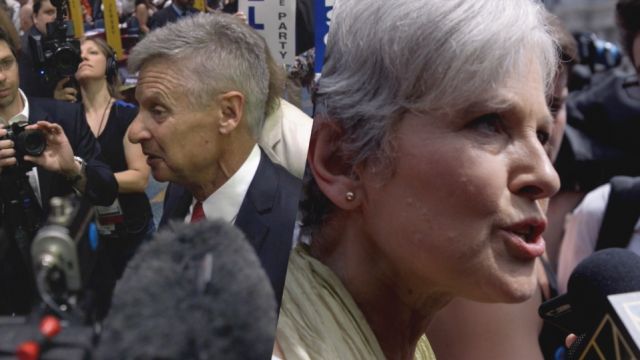 SMS
Third-Party Nominees Failed To Sue Their Way Into Presidential Debates
By Kate Grumke
By Kate Grumke
August 5, 2016
The presidential candidates for the Libertarian and Green parties teamed up in a lawsuit to get in the debates, but a judge threw it out.
SHOW TRANSCRIPT

A judge threw out a lawsuit that tried to get third-party candidates into presidential debates.

Gary Johnson and Jill Stein say the major parties are monopolizing the debates.

Now the two candidates can only debate Hillary Clinton and Donald Trump if they get at least 15 percent in five national polls.

"The public is basically flying blind here, clamoring for something else. They need to know what their other options are," Green Party presidential candidate Jill Stein told Newsy.

Stein is polling as high as 5 percent.

But Johnson is much closer to getting in a debate. He's gotten as high as 12 percent.

The first presidential debate is scheduled for Sept. 26.