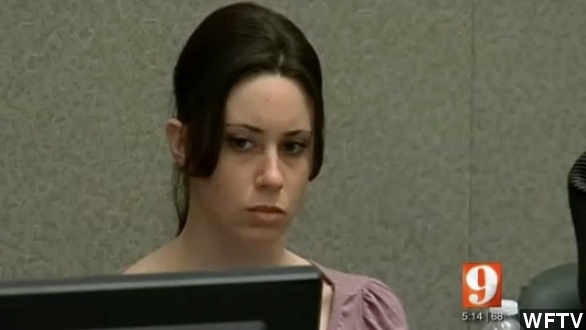 A judge has ruled Casey Anthony can walk away from almost $800,000 in debt.

"Anthony filed for bankruptcy back in January. She had nearly $800,000 in debt, most of that she owed to her attorney, Mr. Jose Baez. In 2011 a jury found Casey Anthony not guilty of killing her daughter Caylee." (Via HLN)

"Our legal analyst says Casey will have to pay federal income taxes on the $200,000 she got for selling her videos and photos of Caylee to the ABC network, but that is probably about it." (Via WFTV)

Those income taxes reportedly amount to about $80,000. She'll also still owe on some debts related to her student loans.

"Anthony filed for bankruptcy in Florida earlier this year claiming $1,000 in assets and nearly $800,000 in liabilities. Court papers list Anthony as unemployed with no recent income." ​(Via WFTX)

And all this means taxpayers could be on the hook for about $200,000 that law enforcement spent searching for Caylee when Casey Anthony said her daughter was missing.

Anthony could still have to pay in two defamation lawsuits — she's being sued by the meter reader who discovered her daughter's remains, and by a woman with a similar name to a fake nanny Anthony created.