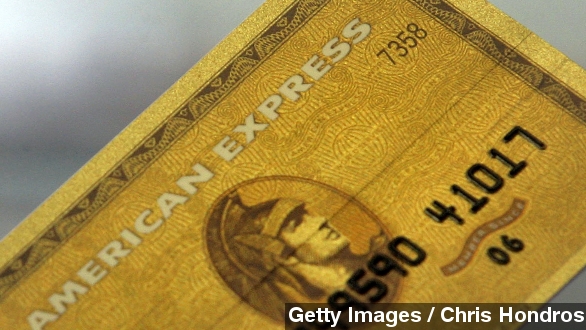 SMS
Judge Rules AmEx Went Too Far In Telling Stores What To Do
By Cliff Judy
By Cliff Judy
February 20, 2015
A judge has ruled American Express violated antitrust laws by banning member stores from running promotions encouraging customers to use other cards.
SHOW TRANSCRIPT

Thursday's antitrust ruling could have huge implications for the credit card industry. The judge said AmEx couldn't ban its member stores from running promotions to convince customers to use cheaper credit cards. (Video via The Street)

The judge said AmEx harmed competition and effectively drove up prices by making merchants pass costs to consumers. If you've ever suspected fewer stores accept AmEx, it wasn't your imagination. And if you've ever used the cards, you know it firsthand.

The Motley Fool puts AmEx's charges at roughly 3 percent with Visa and MasterCard charging retailers around 2 percent or less. That's because AmEx depends more heavily on revenue from swipe fees; whereas, the other cards rely on money from cardholders' interest payments. (Video via American Express)

AmEx argues it uses those fees for its rewards program to give its cardholders perks. As one antitrust lawyer who followed the case told The Wall Street Journal, "American Express might have to bring their fees down and that could potentially destroy their brand image as a premium product."

This is one more blow in a rough month for AmEx. The company already announced plans to end partnerships with both JetBlue and Costco — one of the nation's top five retailers.