People In Ohio Are Restricted From 'Poll Observing' On Election Day 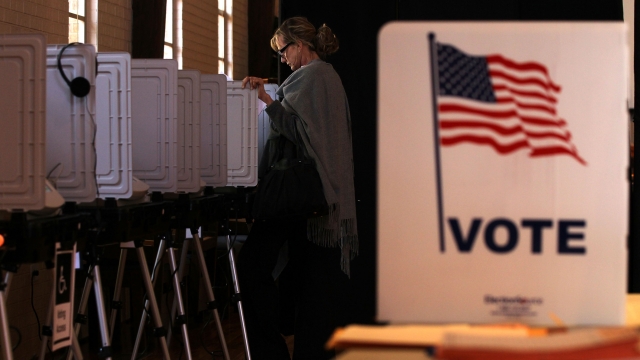 Donald Trump has asked his supporters to keep an eye on polling places this Election Day — but one federal judge won't allow it in his state.

On Friday, a judge in Ohio issued a restraining order against Trump, Trump's campaign and ally Roger Stone, barring them from "interrogating, admonishing, interfering with, or verbally harassing voters."

A similar lawsuit was rejected in Arizona.

The order was issued after Ohio Democrats filed a lawsuit that said Trump's campaign was violating the 1871 Ku Klux Klan Act by trying to keep minorities from voting. Democrats point to a Trump speech from early October as a piece of evidence.

The ruling applies to Ohio only, but Trump's campaign site lets people volunteer as an observer in any state. And while some of those states have similar lawsuits pending, many states actually have pretty lax laws for poll observers.

In most states, private citizens — acting as poll watchers — are allowed to question a voter's registration status up to and on Election Day. In some places, voters can even challenge other voters' ballots if they think they don't meet voting requirements.

Besides possibly violating the Ku Klux Klan Act, Trump might also be pushing his whole party into legally ambiguous territory.

Because of a 1987 ruling, the Republican National Committee is banned from engaging in ballot security efforts, and the ruling puts emphasis on areas where racial or ethnic makeup might be the reason for the activities.

Trump's camp has appealed the ruling and maintains it doesn't advocate voters doing anything illegal on Election Day.