Judge Gives 'El Chapo's' Extradition To The US A Green Light 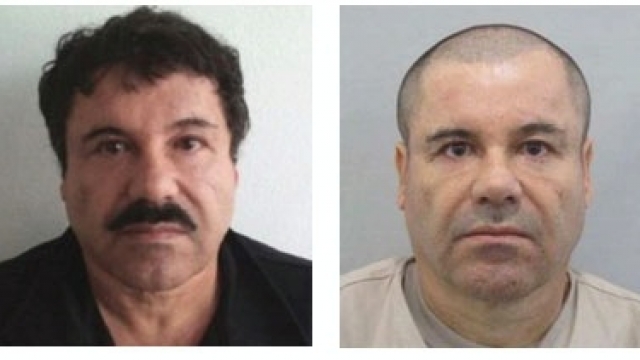 SMS
Judge Gives 'El Chapo's' Extradition To The US A Green Light
By Katie Link
By Katie Link
May 9, 2016
The drug lord, who has twice escaped from prison under Mexico’s watch, faces a number of criminal charges in the U.S.
SHOW TRANSCRIPT

Joaquín "El Chapo" Guzmán's days inside a Mexico prison may be numbered. On Monday, a Mexican judge said he can be extradited to the U.S.

The drug lord, who has twice escaped from prison under Mexico’s watch, faces a number of criminal charges in the U.S.

But Guzmán actually wants to face those charges. His legal team claims conditions inside Mexican prisons are unbearable and are a threat to his health. In March, he reportedly asked to speed up the extradition process.

That’s not to say he doesn’t have a few requests before coming to the "land of the free." Guzmán has agreed to plead guilty to drug trafficking charges if he’s held at a medium security prison in the U.S., can see family members and his legal team often and is not kept in isolation.

While we may never know if those specific terms are met, U.S. officials have reportedly been prepping security details for his extradition for months.

Many speculated his recent transfer to a different Mexican prison near the Texas border was an indication that extradition is close. Mexican officials denied this, claiming the transfer was a normal rotation of inmates.

Now that a judge has given Guzmán’s extradition the green light, Mexico's foreign ministry has 20 days to decide whether to approve or reject the plan. The defense can still appeal the final decision.

This video includes clips from the Government of Mexico, the Mexican Attorney General's Office, CCTV America and CBS.