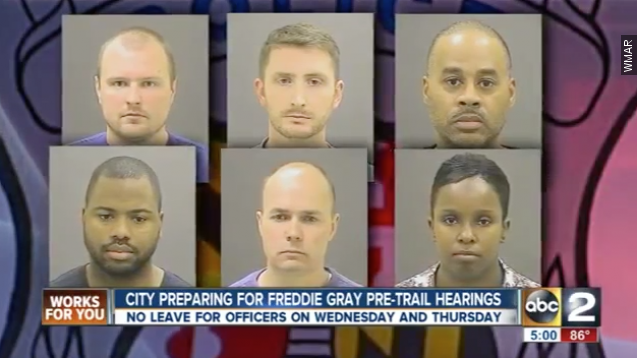 By Kate Grumke
September 2, 2015
A Baltimore judge struck down motions to dismiss the charges against the six officers charged in the death of Freddie Gray.
SHOW TRANSCRIPT

A Baltimore judge has upheld the charges against the six officers accused in the death of Freddie Gray, who died in police custody in April.

Protesters gathered at the courthouse ahead of the decision, according to Newsy's partner in Baltimore, WMAR.

The defense said the charges should be dropped because they say State Attorney Marilyn Mosby swayed the public and, potentially, the jury, when she announced the indictments against the officers.

The judge denied the motions to dismiss the charges against the officers.

The Baltimore Sun reported Wednesday afternoon the sides will argue if the officers should be tried together or separately.