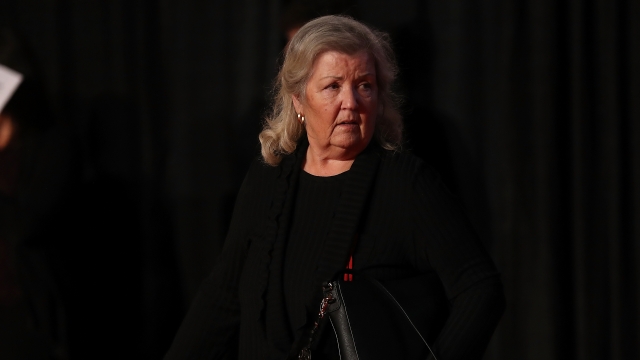 Juanita Broaddrick is still accusing Bill Clinton of raping her and Hillary Clinton of intimidating her into silence. But she's also showing some sympathy for the women accusing Clinton's opponent of sexual assault.

In 1999, Broaddrick came forward with allegations that Bill Clinton had raped her in 1978 — but rumors had started swirling as early as his 1992 presidential campaign. Bill Clinton was never charged.

Broaddrick's story has become a crucial part of Donald Trump's campaign. Trump responded to the leak of an obscene conversation he was part of by resurfacing the sexual assault allegations against Bill Clinton. He even invited Bill Clinton's accusers to the second presidential debate.

Trump's campaign is trying to paint Hillary Clinton as an enabler of sexual assault, alleging she unjustly smeared Bill Clinton's accusers. Broaddrick claims Hillary Clinton pressured her into remaining silent during a campaign event by pointedly thanking her for "everything you are doing in Bill's campaign."

That was before a series of women came forward to accuse Trump of groping and kissing them against their will.

"It was a real shock when, all of a sudden, his hands were all over me," Jessica Leeds told the New York Times.

Trump has denied the allegations and attacked the credibility of the accusers.

Broaddrick said she wasn't familiar enough with the accusations against Trump to comment on whether they are credible. She is still supporting Trump over Hillary Clinton in the election.