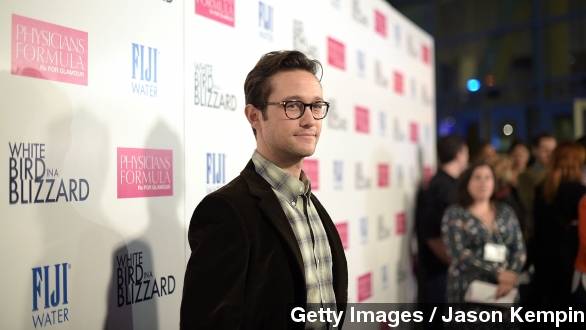 One of Hollywood's leading men is officially off the market. Yep, Joseph Gordon-Levitt got hitched.

The 33-year-old actor and his girlfriend, Tasha McCauley, exchanged vows back on Dec. 20 in a secret ceremony at their home.

But here's the thing — we had sort of totally forgotten the "Don Jon" star was even dating anyone. (Video Via Relativity Media / 'Don Jon')

Gordon-Levitt's only talked about his relationship with McCauley once. And that was back in 2013, during an interview with Howard Stern. He didn't name her.

"I have a girlfriend, but I tend not to really like to talk about it in public," Gordon-Levitt said.

"She is not in show business," Gordon-Levitt told Stern.

Since then, the duo has rarely been seen together in public. E! reported one of those instances occurred when Gordon-Levitt and McCauley were outside a Los Angeles grocery store in May.

The pair don't talk about each other at all on social media.

And the "Inception" star is always seen flying solo at all the Hollywood functions he attends.

He even went to the 2014 Oscars by himself. If there's ever an event to bring your partner to, it's the Oscars right?

But even though we're sad the actor is no longer on the market, it seems like McCauley is a pretty great catch.

She's the co-founder of a robotics company out of Silicon Valley.

Prior to that, her LinkedIn profile states she taught robotics and artificial intelligence at Singularity University.

And earlier this year, People reported she speaks three languages, including Arabic.

We never stood a chance.