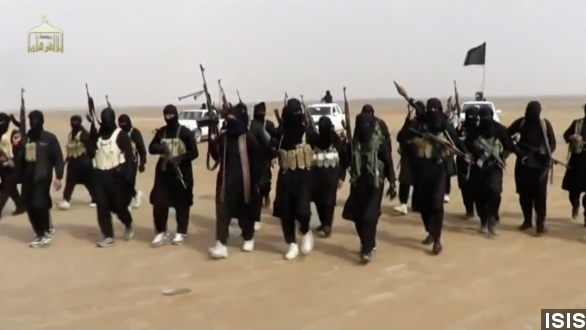 In a move signaling the prisoners were about to die, a convoy early Wednesday morning headed to a prison where Jordan holds executions, according to Sky News. The convoy left hours later presumably with the bodies of attempted suicide bomber Sajida al-Rishawi and Al-Qaeda member Ziyad Karboli.

Shot down in December and captured by ISIS, Kasasbeh had been part of the militants' negotiations for a prisoner swap. But ISIS released a video Tuesday that may have been shot several weeks ago of the pilot being burned alive. (Video via CNN / ISIS)

A BBC reporter on the ground called Jordanian crowds "furious" and demanding retaliation, and the prisoners' execution came as little surprise considering they were already on death row.

The military recorded a statement on state-run TV promising punishment and "calamity," although what exactly that means isn't clear at this point. (Video via JRTV)

Many had interpreted Kasasbeh's negotiations and eventual killing as ISIS trying to shake the Jordanian people's already tenuous support of U.S.-led airstrikes against the militants in Syria and Iraq. (Video via YouTube / Foukoul Hani Rif)

But the immediate aftermath appears to be a desire for revenge. Kasasbeh's father and those crowds continue to call for more blood.

Jordan's King Abdullah happened to be in the U.S. to meet with President Barack Obama when news of ISIS's video broke. While the king called for unity in a statement again broadcast over state TV, some have questioned whether he has full control of Jordan's response. (Video via JRTV)

As the BBC's Paul Adams put it, "With the murdered pilot's powerful tribe demanding revenge, Wednesday's executions were probably inevitable. But having bowed to tribal instinct, King Abdullah must now find a way to get back on the front foot, at a time when others seem to be dictating events."