Jonathan Papelbon Reportedly Files A Grievance Against The Nationals 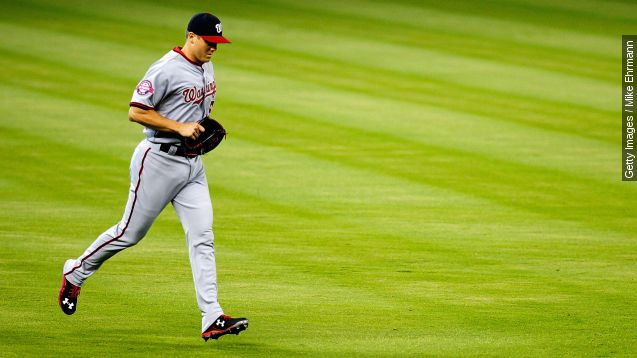 SMS
Jonathan Papelbon Reportedly Files A Grievance Against The Nationals
By Matt Moreno
By Matt Moreno
December 7, 2015
The Washington Nationals suspended Papelbon without pay at the end of the 2015 season. Papelbon is arguing he should be paid for the games he missed.
SHOW TRANSCRIPT

Closer Jonathan Papelbon has basically been a giant headache for the Washington Nationals ever since they acquired him midway through the 2015 season.

And now the team has another issue of his to deal with — whether or not they need to pay him after an incident in which he choked teammate Bryce Harper.

WEEI reports, citing anonymous MLB sources, that Papelbon has filed a grievance against the Nats after they failed to pay him during a team-imposed four-game suspension at the end of the 2015 season.

Papelbon was suspended after he and teammate Bryce Harper got into a dugout dispute. Papelbon supposedly didn't think Harper ran out a fly ball hard enough and decided to say something about it, sparking the altercation. The Nationals suspended Papelbon, but not Harper.

Papelbon reportedly filed the grievance saying there's no precedent for a player's salary being withheld during a team-imposed suspension. The 35-year-old closer lost out on about $300,000 for those games — a small fraction of his $13 million salary.

In a statement issued by the team shortly after the incident, the Nats said, "The behavior exhibited by Papelbon yesterday is not acceptable. ... That is not at all in line with the way our players are expected to conduct themselves, and the Nationals organization will not tolerate it in any way."

There's been talk this offseason about the Nationals looking to trade Papelbon and his massive $11 million contract, but so far no one's taken them up on that rumored offer.

WEEI reports a hearing has yet to be set for the grievance, which will be heard by an arbiter panel.