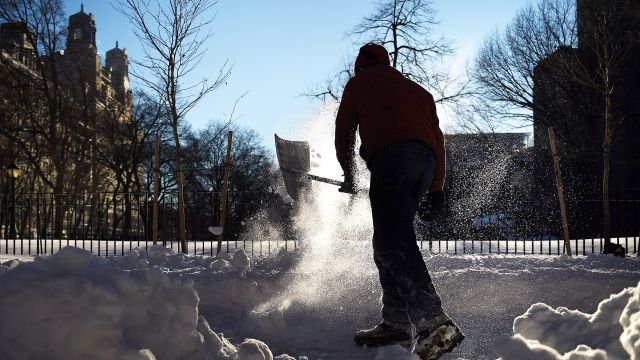 Astronauts had a pretty unique view of Winter Storm Jonas from space.

But on the ground, the storm has done some damage. (Video via The New York Times and The Washington Post)

Some parts of West Virginia saw 40 inches of snow. (Video via WSAZ)

Jonas is the first storm on record to dump 2 feet of snow on both Baltimore and New York City. (Video via WJZ-TV)

In New York City, this is the second-largest snow storm since 1869. (Video via Fox News)

At least 19 deaths have been linked to recent severe weather nationwide.