Jon Stewart Will Leave The Planet If Donald Trump Is Elected 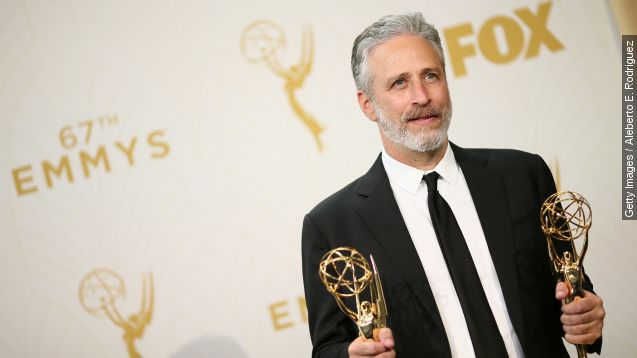 Jon Stewart says he's leaving the planet if this guy is elected president.

"But if I get elected president, I will bring it back bigger better and stronger than ever before, and we will make America great again," Donald Trump said at the launch of his presidential bid.

And when reporters asked him if he would come back to "The Daily Show" if Donald Trump were elected president, he said:

"I would consider getting in a rocket and going to another planet because clearly, this planet's gone bonkers."

Since leaving the show, Stewart has kept relatively low profile, though he did recently push for the renewal of a 9/11 first responders bill.