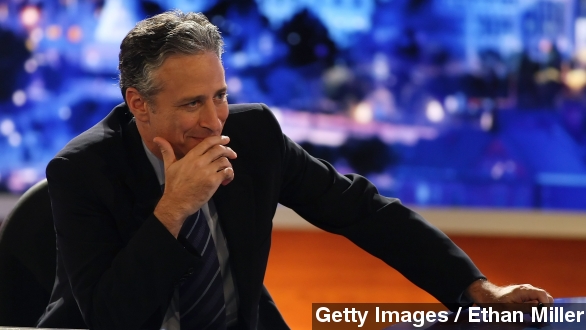 Jon Stewart’s announcement that he’s giving up hosting duties on “The Daily Show” later this year was surprising, to say the least.

And it seems a lot of celebrities were just as blindsided as anyone else.

Following Stewart’s announcement, which was made during the taping of his show Tuesday, many other journalists and entertainers tweeted their dismay.

David Axelrod, author and former political consultant for Presidents Bill Clinton and Barack Obama, was a guest on Stewart’s show Tuesday, tweeting he was honored and it was an “emotional night.”

The announcement from Comedy Central says Stewart will be stepping down as host, but it doesn’t say he’ll be leaving the show altogether

However, this is Stewart’s second departure from “The Daily Show.” He went away for three months while directing the movie “Rosewater.”

And he's alluded to leaving the show recently. During a November 2014 interview with NPR’s Terry Gross, Stewart said, “You can't just stay in the same place because it feels like you've built a nice house there.”

Part of the conversation that followed Stewart’s announcement Tuesday was “What’s next for the show?” Obvious replacements could come from within the “Daily Show” news team…

... but, regardless of who steps in, the show will continue. Comedy Central’s President Michele Ganeless told Variety in January, “I don’t like to think about the day that Jon leaves, but there will be a day. … The show will live on.”