Joint Base Andrews Was On Lockdown After Report Of Active Shooter 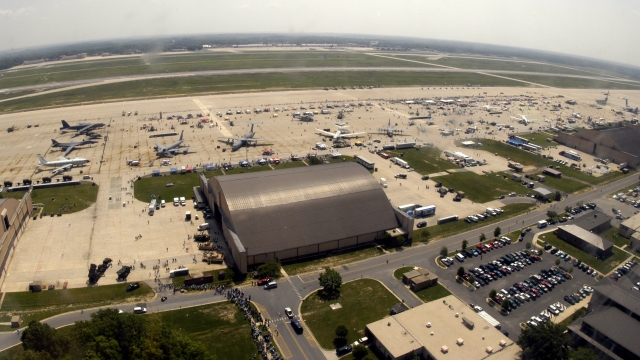 A U.S. military base in Maryland was on lockdown after a report of an active shooter.

In a tweet around 9 a.m. local time, Joint Base Andrews asked people at the facility to shelter in place.

The base confirmed to WRC-TV it had an active shooter training exercise planned for 9 a.m. First responders received reports of a "real-world active shooter" during the exercise.

A law enforcement official told The Washington Post a report came from "someone unconnected with the exercise."

Andrews Air Force Base, which is located southeast of Washington, D.C., houses Air Force One and emergency units for the area.

This is the second time the base has been on lockdown in recent weeks.

Emergency responders were called to the main gate in May after a woman walked onto the base claiming she had a bomb strapped to her chest. No explosives were found, and the woman was arrested.

As for this most recent incident, the base says it was investigating it as an ongoing active shooter situation "due to the serious nature" of the report.

This video includes a clips from Joint Base Andrews and an image from the U.S. Navy.