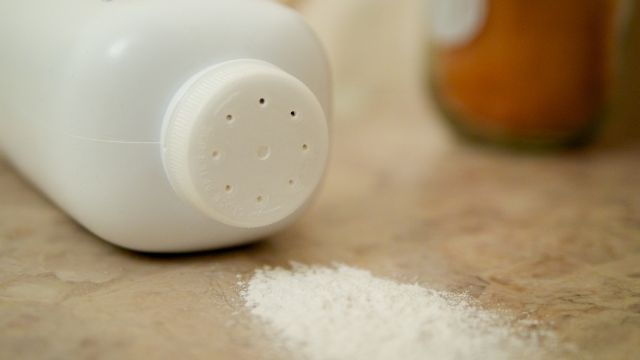 Johnson & Johnson is playing defense, again. On Monday, a jury sided with a South Dakota woman who claims the company’s talcum powder caused her ovarian cancer.

The jury ordered Johnson & Johnson to pay Gloria Ristesund a total of $55 million in damages. Ristesund was diagnosed with ovarian cancer in 2011, underwent a hysterectomy and other surgeries and is now in remission.

Monday’s ruling comes just a few months after the company was ordered to pay $72 million to the family of an Alabama woman who died of ovarian cancer.

Both women reported using the company’s powder as a feminine hygiene product for decades and both cases claimed the company failed to properly warn consumers that its talc-based products could be carcinogenic.

Johnson & Johnson and its chief medical officer maintain it’s not, "We are confident in our position that there’s no causal relationship between talc and ovarian cancer."

But that might not be what the company's internal memos show. A juror in the Alabama lawsuit told the St. Louis Post-Dispatch evidence led him to believe Johnson & Johnson knew of a risk and "tried to cover up and influence the boards that regulate cosmetics."

But it's far from established fact that talcum powder is carcinogenic. The American Cancer Society says studies linking talcum powder and ovarian cancer have been "mixed, with some studies reporting a slightly increased risk and some reporting no increase."

Johnson & Johnson says it plans to appeal both rulings. But the trouble isn’t over yet. More than 1,000 other women have filed similar cases against the company.