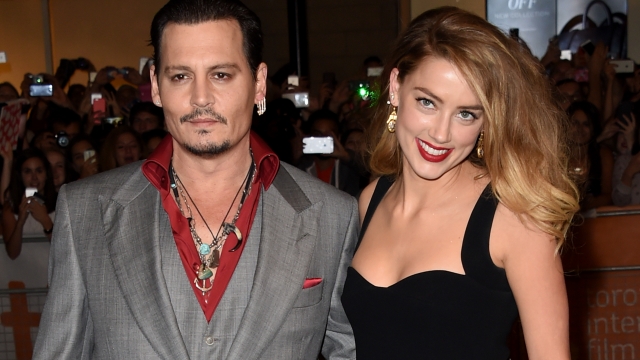 Actor Johnny Depp currently has a restraining order against him after his estranged wife accused him of abuse.

Actress Amber Heard has been married to Depp for a little more than a year and claims he was physically and verbally abusive throughout their marriage.

According to court documents obtained by media outlets, Heard claims Depp recently threw a cellphone at her, injuring her eye and cheek. The actress filed for divorce on Monday.

In court documents obtained by People, Depp's attorney dismissed Heard's abuse allegations as being financially motivated, saying, "Her current application for a temporary restraining order along with her financial requests appears to be in response to the negative media attention she received earlier this week after filing for divorce."

The next court hearing is scheduled for June 17.