Johnny Depp's Dogs Could Land Him In Prison 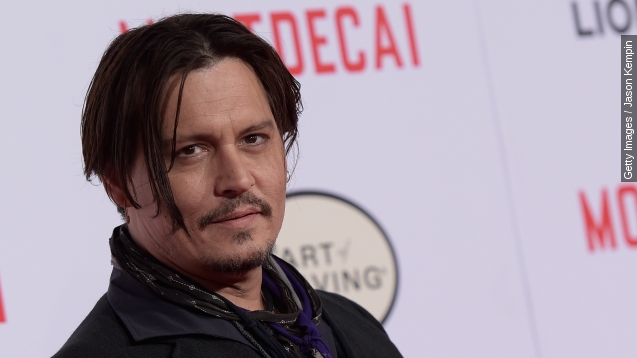 By now you've probably heard the news that Johnny Depp committed a no-no down under.

Get your mind out of the gutter. We are talking about how he illegally brought his two dogs to Australia.

Depp should have gotten an import permit, and he didn't. If he had, the dogs would have undergone a 10-day mandatory quarantine, then would have been free to hang out with their pops.

He was then told to send his two Yorkshire Terriers back to America, or they would be euthanized.

"If you start letting movie stars, even though they've been the sexiest man alive twice, to come into our nation, then why don't we just break the laws for everybody?" Barnaby Joyce, Australia's minister of agriculture, said.

Don't worry, the dogs were sent home safe and sound.

But our Hollywood heart-throb might not be as lucky. No, he's not at risk for being put down, but he could be facing some serious legal trouble for the whole thing.

An Australian senate committee was told if the case goes to court, Depp could face up to ten years in prison and a $340,000 fine, The Guardian reports.

The Sydney Morning Herald says Depp's pilot isn't off the hook either and could face up to two years in prison for "undeclared importing."

Depp was filming "Pirates of the Caribbean: Dead Men Tell No Tales" in Australia. And, as we all know, now without the companionship of his dogs Boo and Pistol.