Johnny Depp Injured On Location Of Next 'Pirates' Movie 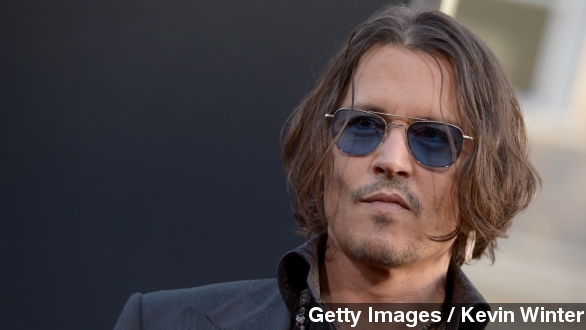 Johnny Depp reportedly suffered an injury over the weekend while he was in Australia filming the next "Pirates of the Caribbean" movie.

According to the Wrap, the actor injured his hand and is being flown back to the U.S. to have surgery.

Depp reportedly wasn't working when the injury happened, and it isn't expected to have that much of an affect on the film's production.

Depp will, of course, revive his role as Captain Jack Sparrow in "Pirates of the Caribbean: Dead Men Tell No Tales," the fifth installment of the wildly popular Disney series.

No, ya scallywags. Actually, that's not it. The "Pirates" crew had to deal with another unwelcomed incident over the weekend.

According to 9News, a man dressed as a pirate was arrested after threatening a security guard on the movie set with a knife. The 22-year-old reportedly wanted to be an extra on the film but was turned away.

Well, let's just hope Depp returns in good health, so they can finally get this film made. The next "Pirates" movie is scheduled to hit the big screen in July 2017. (Video via ABC / 'Jimmy Kimmel Live')