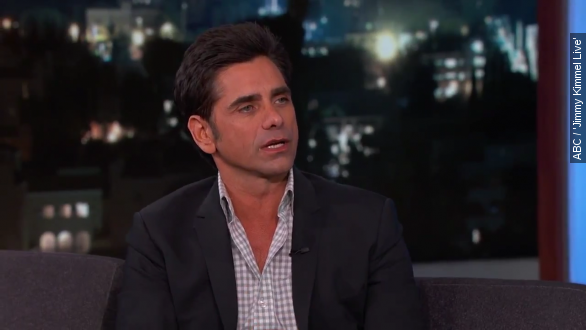 It's official — nearly 29 years after it first premiered, "Full House" will be coming back to TV!

And Uncle Jesse himself broke the news during his appearance on "Jimmy Kimmel Live" Monday night.

"Five minutes ago, they called, they sealed the deal. It's a labor of love, and we've been, literally, trying for so many years to do it right, and I think we finally got it perfect. And they just, five minutes ago, said you can give the exclusive to Jimmy Kimmel, so I've just given it to you," said John Stamos on "Jimmy Kimmel Live."

Of course, the "they" John Stamos keeps referring to there is Netflix. The actor confirmed the company has ordered a brand-new, 13-episode season of the classic '90s sitcom.

Stamos told Kimmel Monday the new season will focus on D.J. Tanner and her children, Stephanie Tanner and their kooky neighbor Kimmy Gibbler.

And don't worry, Stamos says Uncle Jesse will make some guest appearances here and there too.

According to a statement obtained by several media outlets, Netflix is eager to add "Fuller House" to its TV family. "As big fans of the original Full House, we are thrilled to be able to introduce Fuller House's new narrative to existing fans worldwide."

And "Full House" fans are even more thrilled.

As a writer for People perfectly put it, "Have mercy! Full House is officially coming back to TV."

But still, not everyone is on board with the reboot. Vanity Fair even called "Fuller House" "90s nostalgia gone horribly wrong."

Well, like it or not, the new season is set to premiere sometime in 2016. As Michelle Tanner once said, "You got it, dude!"