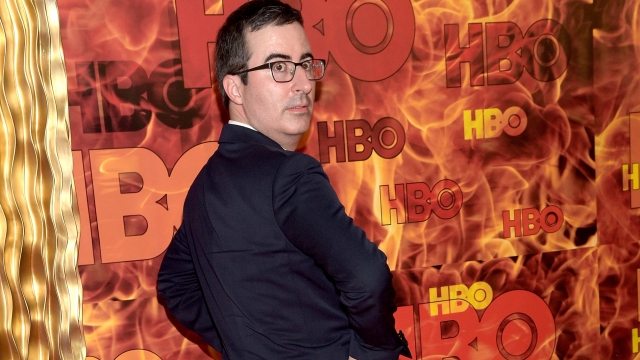 Oprah has a reputation for giving away tons of free stuff. But Sunday night, John Oliver might've one-upped her.

On Sunday's episode of "Last Week Tonight" on HBO, Oliver forgave close to $15 million in medical debt in a critique on the debt buying industry. Oliver estimated the debt forgiveness for about 9,000 people marked the largest one-time TV giveaway in history.

"The larger issue is we need much clearer rules and tougher oversight to protect consumers from potentially predatory companies like the one that we set up," Oliver said.

He focused on how companies can use outdated or faulty information and are often aggressive when collecting from people. He also pointed out how simple it was for the show to buy close to $15 million in debt for less than $60,000.

The Federal Trade Commission says the practice of re-buying and selling debt has raised significant concerns for consumers. In a 2013 report, the commission said, "The FTC receives more consumer complaints about debt collectors, including debt buyers, than about any other single industry."

Oliver cited a report from the Federal Reserve Bank of New York that estimates Americans owe a total of $12.25 trillion in debt. The nonprofit that handled the debt forgiveness for the show says between 1 million and 2 million Americans will file for bankruptcy specifically because of medical expenses.