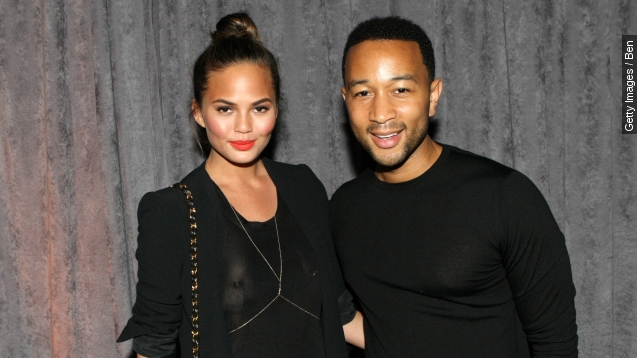 Legend posted the happy couple's reaction on Instagram sharing with fans that his wife is three months pregnant with their first child.

It's been a long struggle for the two of them. Teigen's been very open about their difficulty conceiving.

"Honestly, John and I were having trouble. We would've had kids five, six years ago if it had happened. But my gosh it's been a process."

The couple is obviously excited for their first child, but seems like they don't plan at stopping after just one.

In May, Teigen told People, “I picture us with three or four. John and I go hard in everything we do. And we like a bit of chaos.”