John Kerry: The Presidential Election Is 'Embarrassing' For The US 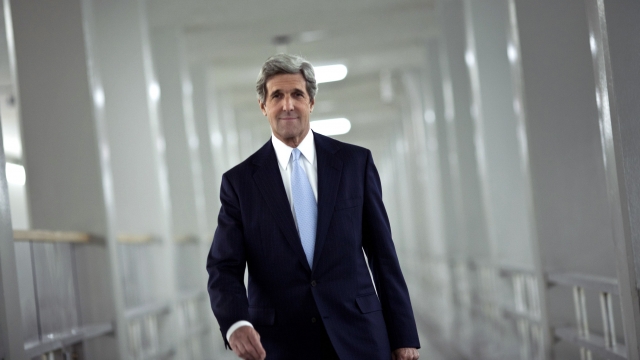 SMS
John Kerry: The Presidential Election Is 'Embarrassing' For The US
By Melissa Prax
By Melissa Prax
April 6, 2016
In an interview with MSNBC, the secretary of state said, "Every meeting I have anywhere, people say, 'What is happening in the United States?'"
SHOW TRANSCRIPT

U.S. Secretary of State John Kerry isn't shy about sharing his feelings on the presidential election and how he believes it's hurting the U.S.' relationships abroad.

Kerry said on MSNBC, "Every meeting I have anywhere, people say, 'What is happening in the United States?'"

During an interview with MSNBC, Kerry — who ran for president in 2004 — called comments from current GOP presidential candidates "embarrassing" for the U.S.

This partly stems from comments made by Donald Trump and Ted Cruz about different national and international policy issues — like wanting to ban Muslims from coming into the country or increasing patrols in Muslim neighborhoods.

Kerry's comments here sound almost identical to an interview he gave on CBS at the end of March.

Kerry said on CBS, "Everywhere I go, every leader I meet, they ask about what is happening in America."

Kerry hasn't endorsed a candidate but said he trusts America will make the right choice.

This video includes clips from U.S. Department of State, MSNBC, C-SPAN, ABC and CBS, and images from Getty Images.