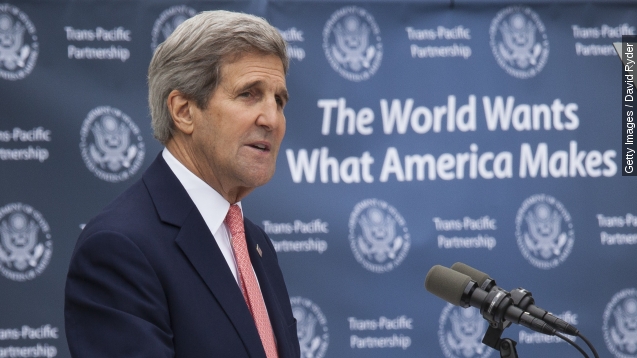 SMS
John Kerry Hospitalized, Stable After Bike Crash Injury
By Matt Moreno
By Matt Moreno
May 31, 2015
Kerry is in stable condition and did not lose consciousness, according to the State Department.
SHOW TRANSCRIPT

Secretary of State John Kerry is recovering in a Swiss hospital after a biking accident early Sunday.

Kerry was airlifted to University Hospital of Geneva after suffering a broken leg. The State Department confirmed Kerry's crash. U.S. State Department Spokesman John Kirby said Kerry did not lose consciousness and is in stable condition. (Video via C-SPAN)

Kerry was in Geneva to hold talks with his Iranian counterpart for a nuclear deal before the June 30 deadline. (Video via CCTV)

Kerry's been an avid biker for years, hitting the road in between nuclear talks with Iran in March. (Video via CNN)

And as far back as 2004 when the then-presidential candidate would hit the bike trails on the campaign trail.

Kerry has canceled the remainder of his four-nation trip and will return to Boston for further treatment.