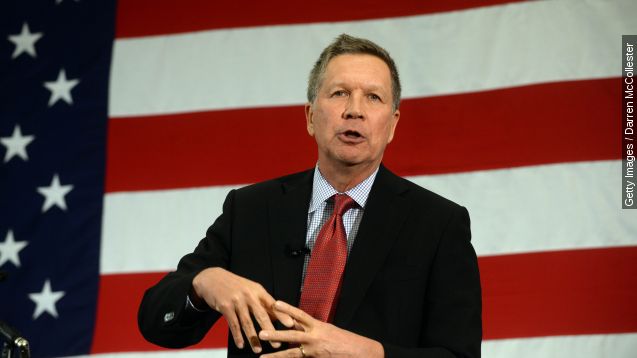 Many Republican governors opted out of the Medicaid expansion tied to President Obama's health care law.

Ohio governor John Kasich didn't, and now that he's a presidential hopeful, he's getting criticized for it.

"It is already overbudget, by some estimates costing taxpayers an additional $1.4 billion in just the first 18 months," debate moderator Megyn Kelly told Kasich.

Kasich is officially opposed to "Obamacare" but has been forced to defend his adoption of the Medicaid expansion to critics.

"Expanding Medicaid is a separate issue. ... And I'm going to bring $14 billion of Ohio money back to Ohio so we can deal with some of our vexing problems." Kasich told CNN's Jake Tapper.

In the debate, Kasich brought up some of those problems Medicaid is helping solve.

He told the crowd, "80 percent of have addictions or drug problems. We now treat them in the prisons, release them in the community and the recidivism rate is 10 percent."