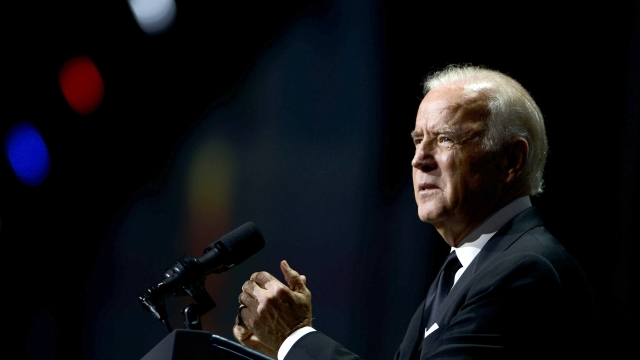 The letter comes the same day multiple outlets reported Brock Turner's sentence for sexually assaulting an unconscious woman would likely be cut in half. Turner was sentenced to six months in jail and three years probation, but if he doesn't have any disciplinary issues during his time in custody, that time could turn into three months.

Biden commended the woman on her court statement to her attacker. The vice president said: "I do not know your name — but your words are forever seared on my soul. ... And I am filled with furious anger — both that this happened to you and that our culture is still so broken that you were ever put in the position of defending your own worth."

Biden went on to praise the two men on bicycles who came across the woman and Turner and reportedly tackled him to stop him from fleeing.

"We called him out on it. Guy ran away. My friend Peter chased after him, and I went after as well. Then we detained him until the police came," Carl-Fredrik Arndt told CBS.

In her statement, the survivor wrote: "I sleep with two bicycles that I drew taped above my bed to remind myself there are heroes in this story. That we are looking out for one another. To have known all of these people, to have felt their protection and love, is something I will never forget."

This video includes images from Getty Images and County of Santa Clara.