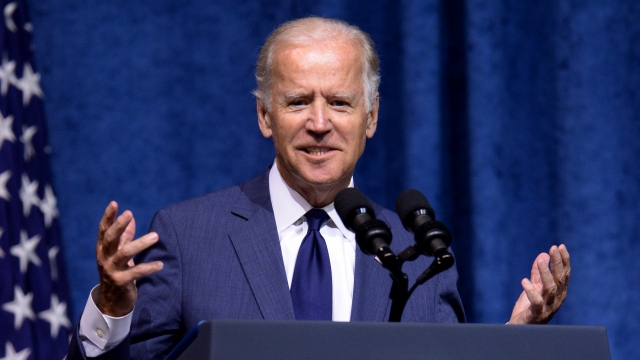 Since Antonin Scalia’s death, there’s been a heated discussion about who should get to pick his successor on the Supreme Court.

Senate Republicans think the next president should make the selection, while Senate Democrats have said the decision belongs to our current president. But that hasn't always been the case.

On Monday, C-SPAN released footage from 1992 of then-Sen. Joe Biden saying President George H.W. Bush shouldn’t nominate a new justice until after the election was held.

"President Bush should consider following the practice of a majority of his predecessors and not — and not — name a nominee until after the November election is completed," Biden said.

Fast-forward 24 years, and now Vice President Biden is making the opposite argument, saying the Senate should work with President Obama to determine a nominee. But he’s hardly the first to change his view on the issue.

Senate Majority Leader Mitch McConnell wrote in the Kentucky Law Journal in 1970 that "altering the ideological directions of the Supreme Court would seem to be a perfectly legitimate part of a Presidential platform."

But the day we learned of Scalia's death, McConnell went on Facebook to say the "vacancy should not be filled until we have a new President."

The main difference here is that McConnell is talking about an ongoing situation, while Biden’s comments were hypothetical, since there were no Supreme Court vacancies in 1992.

On Monday, Biden issued a statement, pointing to a different part of the clip where he says he would have considered a nomination, saying he "urged the Senate and White House to work together to overcome partisan differences to ensure the Court functions as the Founding Fathers intended."

President Obama says he does plan to at least attempt to replace Scalia, but he has yet to name a nominee.

This video includes images from Getty Images and clips from C-SPAN and the White House.