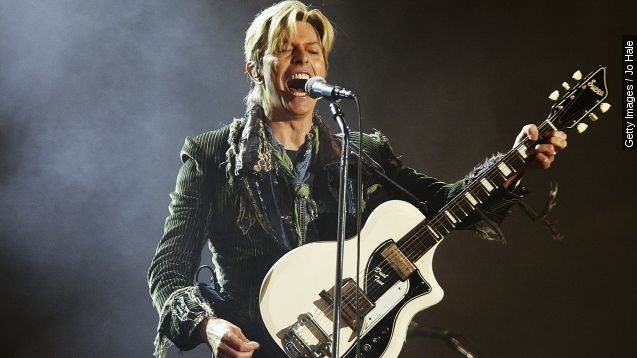 "He also had one of the greatest senses of humor of anyone I ever met. We actually used to e-mail each other jokes, and he was brilliant and sharp and funny," said Jimmy Fallon.

"The Tonight Show" host Jimmy Fallon spoke about Bowie's great sense of humor, while Conan O'Brien shared several interviews he did with Bowie over the course of his career.

"You and Elvis have the same birthday?" Conan asked.

"Yeah, we were drinking buddies, way back. I used to fly over to Memphis and we would go out for the night on the Raz. Big Cadillac," Bowie said.

"Is any of this true?" Conan asked.

Then, over on "The Late Show," EL VY and Stay Human covered one of Bowie's most famous songs.

Bowie died at the age of 69 after battling cancer. He released his last album, "Blackstar," just two days before his death. (Video via Columbia Records / David Bowie)