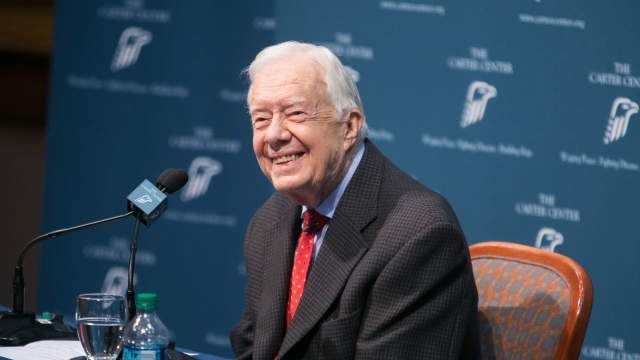 After being cancer-free for nearly two months, former President Jimmy Carter announced Sunday that his doctors say he no longer needs treatment.

He made the announcement during a Sunday school class at Maranatha Baptist Church in Georgia. Carter told those attending he'd continue to get checkups, and if needed, he'd start treatments again in the future.

This is the second time in about two months Carter used his Sunday school class to make an announcement about his health. Last December, he told the class all signs of his cancer were gone but he would continue treatment.

Carter had been undergoing cancer treatment since August when a liver surgery revealed that he had four melanoma lesions on his brain.

Carter, who is 91 years old and was the 39th president of the United States, continues to do humanitarian work through The Carter Center, which he founded after his presidency.

This video includes clips from CBS, WSB-TV, Maranatha Baptist Church and The Carter Center and images from Getty Images.