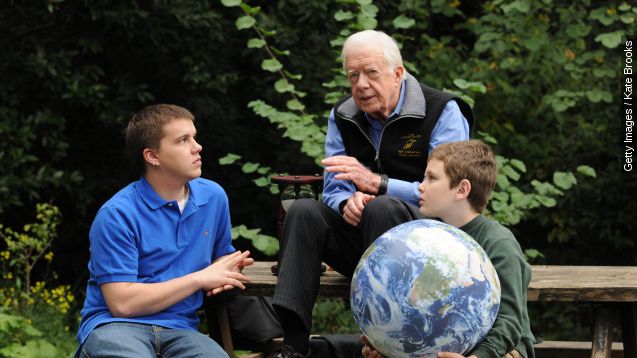 According to The Atlanta Journal-Constitution, Carter told the congregation at his Plains, Georgia, church that 28-year-old Jeremy felt ill Saturday and lay down to rest at his family's home in Peachtree City. Later, his mother discovered his heart had stopped beating.

He died at a nearby hospital. As of now, the cause of death is unclear.

This announcement comes just short of two weeks after 91-year-old Carter shared his own health news that his most recent scans showed no signs of cancer. (Video via WXIA)

Carter reportedly stayed through the entire church service Sunday and even took photos with fans afterward.