Jimmy Carter Says He Has Cancer, It Has Spread 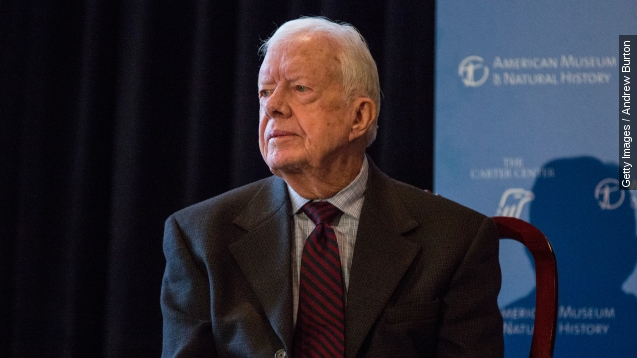 Carter was recently hospitalized after having a mass removed from his liver. He said in a statement that the surgery revealed he had cancer and that it has spread to other parts of his body. (Video via The Carter Center)

While the statement didn't specify the type of cancer, Carter's family has a history of cancer diagnoses. Carter's parents, sisters and brother all died from pancreatic cancer. In a 2007 interview, Carter said he got MRIs and CT scans twice a year to check for lesions on his pancreas.

This video includes images from Getty Images and the U.S. National Archives and Records Administration.