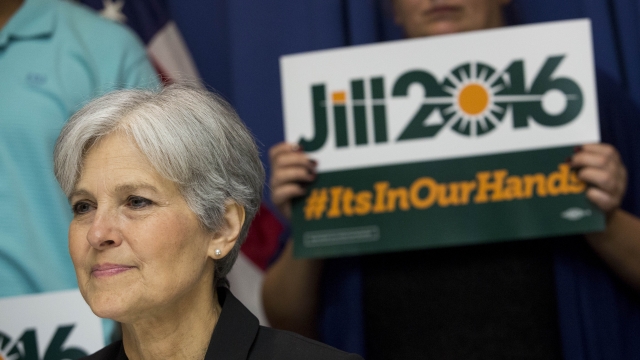 SMS
Jill Stein Says There's More To Learn About What Happened On 9/11
By Newsy Staff
By Newsy Staff
September 10, 2016
Green Party candidate Jill Stein says there should be a new independent investigation into the Sept. 11 terrorist attacks.
SHOW TRANSCRIPT

Jill Stein wants a new investigation into the terror attacks on Sept. 11, 2001.

The Green Party presidential candidate released a statement on her website that said, "We need to learn the full story of 9/11."

Stein claims the 9/11 Commission was stonewalled by the Bush administration and said the report "contained so many omissions and distortions."

And a few of the commission members did say the administration gave them obstacles. Stein points out the co-chairs of the report wrote a book saying they thought, in many ways, the commission was set up to fail.

The 9/11 Commission was given $3 million and just over a year to complete its report. And it had a rocky start. The commission had to wait about four months before they could get to work.

And it wasn't until recently that 28 redacted pages from the 9/11 report were published. Those pages showed evidence linking Saudi Arabia to the 9/11 attacks. Granted, the pages didn't show a smoking gun connecting Saudi leaders with al-Qaida, but they did confirm something people had thought for a while.

Stein vows if she's elected president, she'd create a new 9/11 Commission not "dominated by members with an interest in protecting the reputation and careers of foreign affairs and intelligence communities."

As for the presidential election, Real Clear Politics reports Stein is earning an average of 3.3 percent of the vote behind Libertarian candidate Gary Johnson, who has 9 percent.