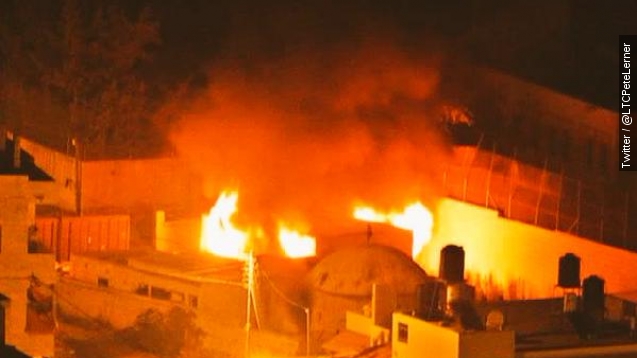 Palestinians set fire to a Jewish holy site in city of Nablus in the West Bank.

Rioters threw Molotov cocktails at Joseph's Tomb before being dispersed by Palestinian forces Thursday evening. The blaze was put out before Israel Defense Forces arrived.

IDF spokesman Peter Lerner called the attack "a blatant violation of the basic value of freedom of worship." (Video via NBC)

This attack came shortly after Israeli President Benjamin Netanyahu called for a stop to a recent string of violence between Israelis and Palestinians.

In the past month, seven Israelis were killed and dozens were injured in stabbings and shootings. Thirty Palestinians have also been killed in the unrest.