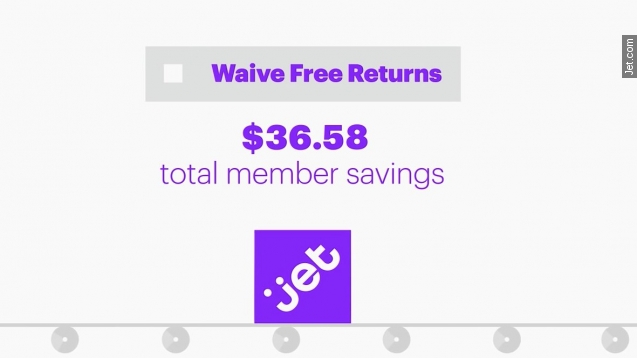 Newly launched e-commerce site Jet.com is just a few months old, and it's already changing course. Originally, the site provided deeply discounted items for members, charging a $50 annual membership fee — its only source of revenue — in exchange for the big discounts.

But that $50 membership fee is no more, making Jet.com free for all customers.

The company didn't address why it made the change in a blog post, but Jet.com CEO Marc Lore told Re/code, "It turns out 4 to 5 percent is enough of a discount for shoppers."

Lore said the site conducted tests and figured out by not slashing prices quite as much, the company's customers can still get great deals without a membership, and the company can still make money — theoretically.

There have been questions since Jet.com's launch over how it can offer such low prices and still make money.

The Wall Street Journal bought 12 items and found Jet.com lost nearly $243. The total cost of the items was about $276.

Jet.com launched to take on those bulk-buying, big saving, brick-and-mortar stores like Sam's Club and Costco, while also competing with other online marketplaces like Amazon and Ebay.

Now, with the the change in philosophy, the site will likely go from trying to beat competitors to trying to match them on the lowest prices.