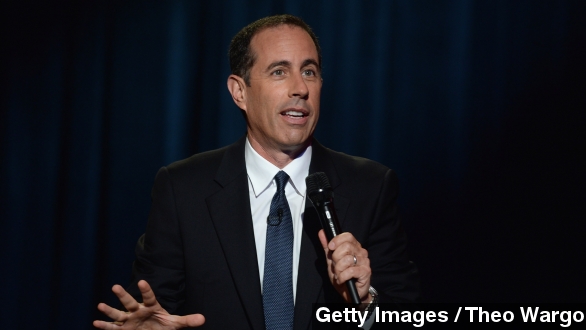 Discussion with Williams included how Seinfeld started the online show, now in its fifth season. It originally started as an experiment into what makes a comedian tick.

But perhaps the most interesting thing the stand-up comedian had to say was about himself and autism spectrum disorder.

JERRY SEINFELD VIA NBC: "I think, on a very drawn out scale, I think I'm on the spectrum."

The National Institute of Mental Health says autism spectrum disorder is essentially an umbrella term to describe different levels and symptoms of varying developmental disorders a person can have.

When asked by Williams what makes him think he's on the spectrum, Seinfeld said he's very literal in conversation and basic social engagement is a struggle.

The veteran comedian doesn't see it as a problem, though, telling Williams it's more of a personality type of thing to him.

JERRY SEINFELD VIA NBC: "I don't see it as dysfunctional, I just think of it as an alternate mindset."

And it looks like that alternate mindset paid off when applied to "Comedians in Cars Getting Coffee." Seinfeld told NBC he was advised to keep the episodes short to tailor them to the digital age, but almost every one runs at least 10 minutes. The fifth season premiere, featuring comedian Kevin Hart, is online now.