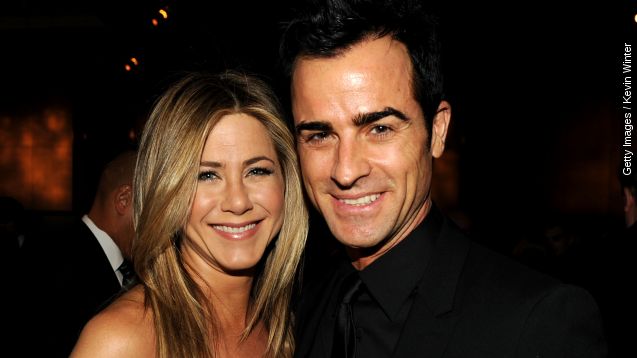 Jennifer Aniston and Justin Theroux are officially husband and wife.

The Hollywood couple tied the knot Aug. 5 at their Bel-Air home.

According to People, the wedding took place on a wooden deck in the couple's backyard in front of about 70 of their closest friends and family.

Some of the celebrity guests included Lisa Kudrow, Chelsea Handler and Howard Stern.

The lovebirds got engaged in 2012 after more than a year of dating.

Aniston and Theroux were first spotted together in May 2011. They met while filming the comedy "Wanderlust." The movie wasn't a huge hit but sparks flew.

And Aniston just couldn't hide her feelings when asked about her personal life on "Good Morning America" the next month.

She also gushed over the romance during an interview with Chelsea Handler later in the year.

This the second marriage for Aniston, who famously wed fellow actor Brad Pitt in 2000.