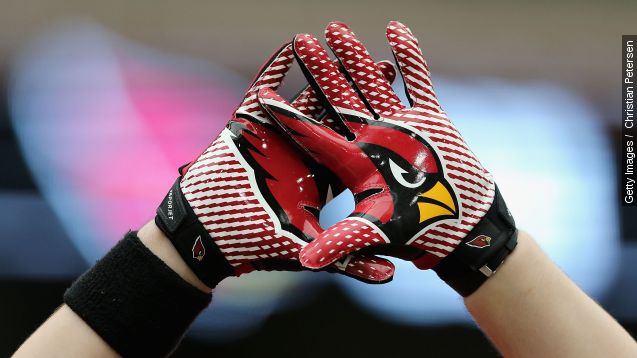 The Arizona Cardinals are making history by hiring the first ever female NFL coach.

Jen Welter will come on board to help coach the team's linebackers during training camp as part of an internship program.

Welter is no spring chicken when it comes to the game of football. Standing at just 5'2", she's played professional football for more than 14 years including with the Women's Football Alliance and the Indoor Football League's Texas Revolution last year. (Video via YouTube / Jen Welter)

And if you think Welter will get psyched out by her new gig, think again.

The 37-year-old doctor has a PhD in psychology with a master's degree in sports psychology. Many of her clients are athletes.

"Right now in our country, if a little girl loves football, her only choice is to play with the boys or not play," Welter told CBS.

On Twitter, Welter thanked the Cardinals organization for the opportunity as inside linebacker Kevin Minter welcomed her to the team.

Cardinals head coach Bruce Arians is receiving a lot of praise for the progressive move.

"Damn the torpedoes. Full speed ahead. That's Bruce Arians to a T. The NFL's coach of the year is once again doing as he darn well pleases and that is exactly what I like about him," KNXV sports anchor Craig Fouhy said.

The hiring comes about a year after NBA coach Becky Hammon joined the San Antonio Spurs and referee Sarah Thomas debuted in the NFL.  (Videos via Colorado Sports Hall of Fame | ABC)