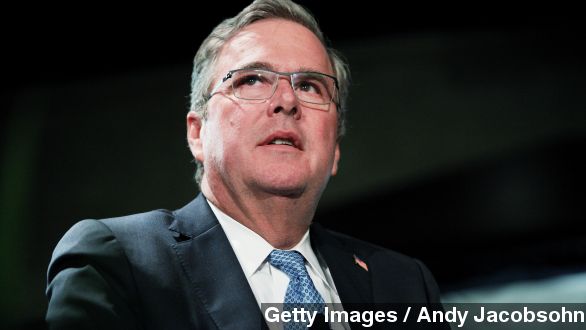 Jeb Bush is facing down questions about his private email use as governor of Florida.

The questions come after an extensive report from The Washington Post found the governor had used his private email account to discuss sensitive topics like National Guard deployments following 9/11.

The Post reports Bush's aides have denied the information was sensitive and didn't pose a security threat. (Video via Everglades Coalition)

The inquiries might sound familiar to Bush, as he has posed similar questions in the furor over Hillary Clinton's use of private email during her time as secretary of state. (Video via Chicago Council on Global Affairs)

Bush told Radio Iowa, "It's a little baffling, to be honest with you, that that didn't come up in Secretary Clinton's thought process."

Bush released hundreds of thousands of emails last month, some eight years after leaving office as governor, as required by Florida law. (Video via ABC)

Bush has yet to personally respond to The Post's report.