Jeb Bush Breaks Away From Rivals With Stance On Refugees 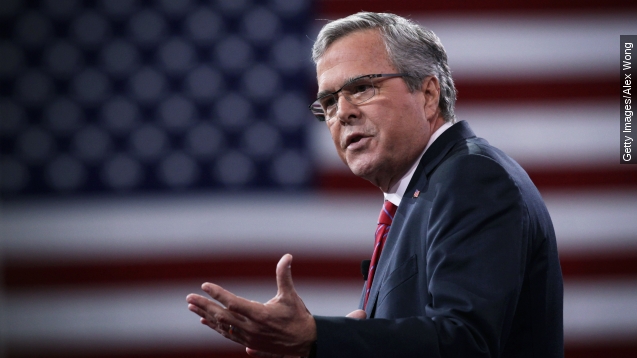 SMS
Jeb Bush Breaks Away From Rivals With Stance On Refugees
By Bell Johnson
By Bell Johnson
November 17, 2015
Republican presidential hopeful Jeb Bush has distanced himself from other GOP contenders by saying he wouldn't ban Syrian refugees from the U.S.
SHOW TRANSCRIPT

Republican presidential candidate Jeb Bush has broken away from nearly all other GOP contenders in saying he wouldn't ban Syrian refugees from coming to the U.S.

The recent terrorist attacks in Paris have created intense debate about the current refugee crisis, with over 20 governors opposing President Obama's promise to accept 10,000 Syrian refugees.

Bush first told CNN the country should focus its attention on helping Syria's Christian refugees, but he rephrased his stance during an interview with Bloomberg. (Video via CNN)

President Obama has criticized the idea of a religious test to decide whether refugees should be allowed into the U.S., calling it "shameful." (Video via the White House)

Bush told Bloomberg, "The answer to this is not to ban people from coming; the answer is to lead to resolve the problem in Syria."