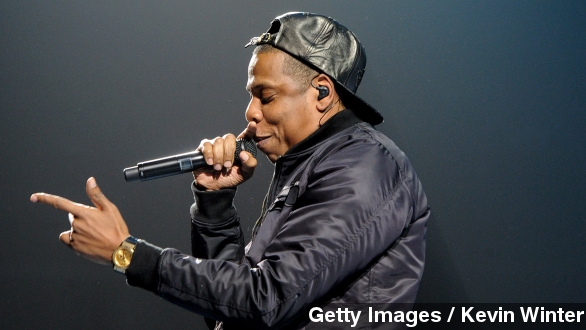 Aspiro's main shareholder accepted the bid by Project Panther Bidco Ltd., a company controlled by Jay Z. Aspiro's board has recommended all shareholders agree to the deal.

Aspiro consists of two streaming services. The first, WiMP, is currently only available in a handful of European countries and boasts around 580,000 paying users.

The service was rebranded as Tidal when it launched in the U.S. and U.K. in October 2014. Tidal aims to set itself apart from the competition by offering high-definition streams — but users have to fork over $19.99 a month for that quality, double the cost of most competitors.

Those services still have a long way to go to catch industry-leader Spotify. The company claims to have more than 60 million active users, with about 15 million of those paying for the premium service.

Carter has had plenty of success away from the mic — he co-founded the Rocawear clothing line and Roc-A-Fella Records with Damon Dash. He also currently owns entertainment company Roc Nation and sports agency Roc Nation Sports.