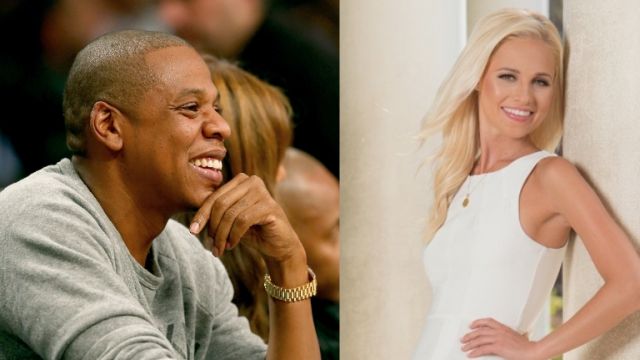 SMS
Jay Z Responds To Pundit Tomi Lahren On 'Drug Dealers Anonymous'
By Calvin Stovall
By Calvin Stovall
June 1, 2016
Jay Z used his new track to fire back at a conservative pundit after she condemned the rapper for his former profession: drug trafficking.
SHOW TRANSCRIPT

Jay Z likes to address his critics on the record — literally.

In May, he used a verse to respond to infidelity rumors juiced by his wife Beyoncé's album "Lemonade."

Lahren criticized Beyoncé in February for her Black Panther-themed Super Bowl performance. The internet host also brought up Carter's well-documented past as a drug trafficker to question his wife's Black Lives Matter message.

Lahren said: "Your husband was a drug dealer. For 14 years, he sold crack cocaine. Talk about protecting black neighborhoods. Start at home."

Jay Z pulled no punches with his response. He sampled Lahren's critique at the beginning of his verse to make it clear who his rhymes were aimed at.

"For 14 years he sold crack cocaine," Lahren's voice echoes before Carter begins rapping: "Fourteen-year drug dealer and still counting, who deserves the medal of freedom is my accountant. He's been hula-hooping through loopholes, working around s***. IRS should've had the townhouses surrounded. ... Thanks to the lawyers."

Carter has spoken with little shame about his drug-dealing past since his first album debuted in 1996.

His response to Lahren didn't just confirm her accusation; it implied that he's still finding ways to profit from the drug money that was reportedly used to launch his music career.

Lahren, not one to back down, replied Wednesday morning with a tweet referencing Carter's 2003 hit "99 Problems." She tweeted, "I've got 99 problems but trust me, being on your rap ain't one."

Carter appears carefree about both his past life and his present conflict with Lahren. The rapper closed his verse with a Snapchat-inspired joke about the drug raids he once feared: "Damn, Daniel. FBI keeps bringing them all-white vans through."

He can afford to have a cavalier attitude about his former activities, as the statute of limitations has likely passed.

"For nonviolent drug crimes, we need to lower long mandatory sentences or get rid of them entirely," Obama said last July. Through May, the president commuted the sentences of 306 prisoners, many of whom were charged in connection with the distribution of crack cocaine.

This video includes clips from Roc-A-Fella Records and WWPR-FM and images from Getty Images. Music provided courtesy of APM Music.