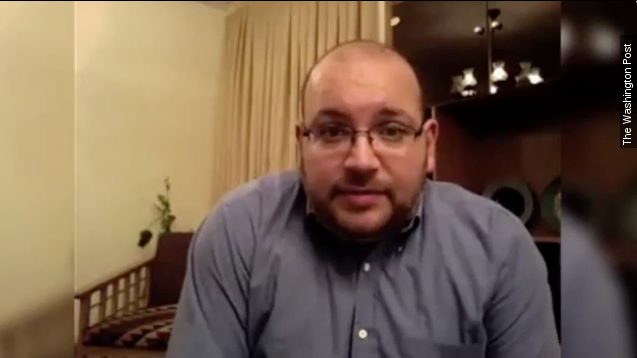 SMS
Jason Rezaian Trial Starts Tuesday, But Public Can't Follow
By Matt Picht
By Matt Picht
May 25, 2015
The Washington Post's Jason Rezaian is about to face trial in Iran, 10 months after authorities jailed him for espionage-related charges.
SHOW TRANSCRIPT

But despite pleas from the U.S. State Department, the Post, and the Committee to Protect Journalists, Rezaian's trial will be closed to public scrutiny.

Rezaian, who worked as the Post's Tehran correspondent since 2012, was first arrested last July during a raid on his home. Rezaian's wife was also taken into custody; she was released on bail in October and is facing a separate trial.

After his arrest, Rezaian was detained for ten months in Iran's Evin Prison, a notorious destination for political prisoners. The charges against Rezaian still haven't been publicly announced, but his attorney revealed last month he is facing four espionage-related charges.

Iran's treatment of Rezaian has been harshly condemned by the Post's executive editor Martin Baron. He blasted the decision to hold a closed trial Monday, writing, "There is no justice in this system, not an ounce of it, and yet the fate of a good, innocent man hangs in the balance."

"Jason has been imprisoned in Tehran for nothing more than writing about the hopes and fears of the Iranian people," President Obama said.

The case has also drawn condemnation from President Obama, and has the potential to become a serious sticking point in the ongoing negotiations over Iran's nuclear programs.

Given how Iran's treated the case so far, Rezaian's chances in court don't seem good. The sole judge responsible for deciding the reporter's fate has an international reputation for harsh sentences.

But as one NPR reporter notes, the recent thaw in U.S.-Iranian relations could inspire clemency from Iran's senior leaders — especially with the outcome of the nuclear negotiations still uncertain. (Video via Ayatollah Sayyid Ali Khamenei)

"What could happen is a pardon after a conviction; that would be up to the Supreme Leader. ... Whether that would happen with a U.S. citizen is more sensitive, but some people are pinning their hopes on that," Peter Kenyon said.

Rezaian's brother told The New York Times Monday his lawyer expects the trial to take about two to three days.

This video includes an image from Ehsan Iran / CC BY SA 2.0.