Jared Leto's Joker Looks Like He Hangs Out At Hot Topic 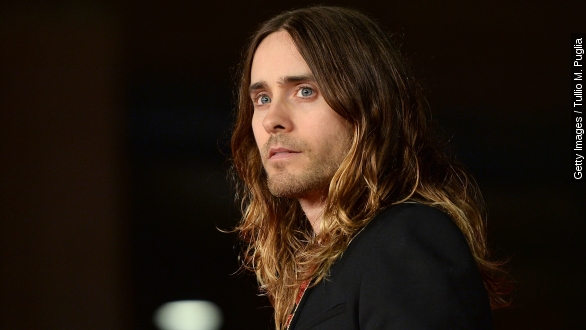 SMS
Jared Leto's Joker Looks Like He Hangs Out At Hot Topic
By Ben Lawson
By Ben Lawson
April 25, 2015
This first image of Jared Leto in his full Joker costume is out and the reception hasn't exactly been that great.
SHOW TRANSCRIPT

We now have our first good look at Jared Leto as the Joker for the upcoming "Suicide Squad" film and even for the "Clown Prince of Crime," it's out there.

The film's director David Ayer revealed the image on Twitter and it kinda looks like he is toeing the line between psychotic serial killer and the frontman for a death metal band.

And many people don't seem too keen on it, with most of the criticism centering around all those tattoos.

If scrawling a character's iconic slogan all over his body isn't a bit much, literally putting a label that says "Damaged" on his forehead certainly is. I think we get it — the guy's a psycho.

So, first impressions to the image make it seem like the creative team behind "Suicide Squad" is trying a bit too hard to reinvent the character. But it's not hard to see why they could be overcompensating.

The Joker has already plenty of on-screen adaptions, including Jack Nicholson's take on the villain in Tim Burton's 1989 "Batman" film. It will also be pretty hard for "Suicide Sqaud" to escape the shadow of Heath Ledger's Oscar-winning performance in "The Dark Knight" from 2008.

We should also keep in mind that this is only our first glimpse of the character. One Twitter pic doesn't really give us enough to make a final judgement on Leto's Joker.

Plus, it's not like anyone predicted that Ledger's portrayal of the Joker would turn out the way it did, so who knows what Leto could do with it.

Will Smith, Margot Robbie and Common are set to star alongside Leto as super-villains doing work for the U.S. government in exchange for commuted prison sentences. That film is set to hit theaters in 2016.