Japanese Women Are Winning At The Game Of Life 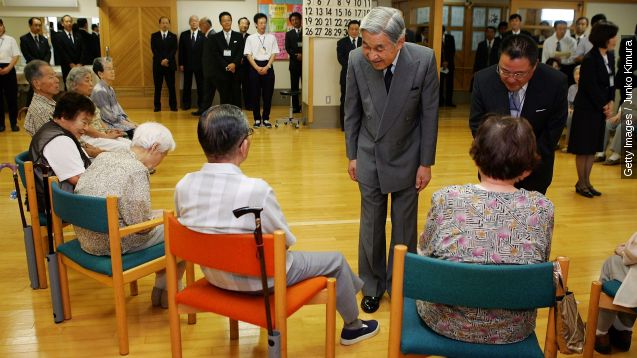 SMS
Japanese Women Are Winning At The Game Of Life
By Katie Link
By Katie Link
September 11, 2015
Japan has more than 61,000 citizens over the age of 100, and 87 percent of them are women. What are they doing right?
SHOW TRANSCRIPT

Japan is growing old. Really old. The Ministry of Health, Labor and Welfare announced Friday that the country has more than 61,000 citizens age 100 or older.

Even more impressive? Women account for more than 87 percent of those centenarians.

For the folks who don't make it to 100 in Japan, they're still living a much longer life than others worldwide, on average. The average life expectancy for Japanese women is 87. Men live to an average age of 80. (Video via Journyeman Pictures)

It's no secret that women tend to outlive men. Take a look at these numbers from the World Bank for life expectancy in 2013. In the U.S., women lived an average of 81 years. Men lived to an average age of 77.

In Switzerland, the average life expectancy is 85 for women and 81 for men.

Women in Singapore live to an average age of 85. Men make it to 80 years.

So what are women doing right? There are a lot of theories out there, but science shows it may be a factor of biology. A study out of Japan compared age-related changes in the immune systems of men and women. Turns out women's immune systems age more slowly due to hormone levels.

But aside from biology, what are women in Japan doing to live so long? Well, simply living the Japanese lifestyle.

Japanese citizens are also more active. A lot of their daily activities involve walking. Whether it's walking to catch a form of mass transportation or walking as community exercise, people move more. Japanese people are also encouraged to work longer, which keeps them out and about at an older age.

Japan also has a universal health care system. This means everyone has access to regular checkups and preventive medicine. The government implemented a long term care insurance system to shift the responsibility of care for the elderly away from families and into the public domain. (Video via CNN)

As more and more Japanese women and men turn 100, it seems like they must be doing something right. Maybe we could all use a little more seaweed in our diets.