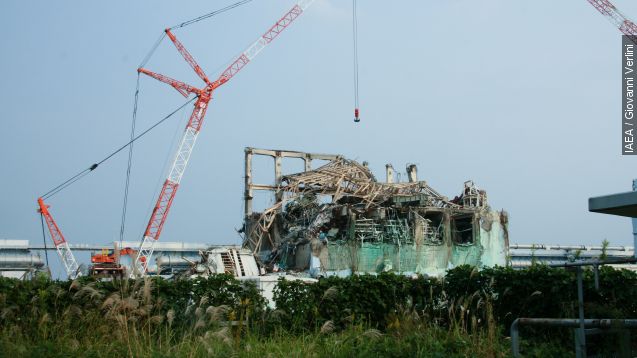 SMS
Japan Restarts Its First Nuclear Reactor Since Fukushima
By Jake Godin
By Jake Godin
August 11, 2015
Japan restarted its first nuclear reactor since the Fukushima disaster in 2011, but is it safe?
SHOW TRANSCRIPT

Japan is restarting one of its nuclear power plants. But why? (Video via Tokyo Electric Power Company)

Japan turned on the number one reactor at its Sendai nuclear power plant on Tuesday — the first since it shut down all of its reactors following the Fukushima disaster in 2011.

Tens of thousands of people were forced to evacuate the Fukushima area after an earthquake and tsunami caused the ill-prepared plant to melt down.

Japan has since imported a large chunk of its energy, which in turn caused electricity prices in the island nation to skyrocket.

Though some would rather deal with higher electric prices than risk running a reactor right now. (Video via Fuji News Network)

A member of Greenpeace Japan told CNN seismic and volcanic risks weren't investigated thoroughly enough for the Sendai plant, and its reactors are also aging.

Polls suggest the majority of Japan's people are against restarting any reactors, with more than 70 percent saying they support phasing the country off nuclear power. (Video via Tokyo Broadcasting System Television)