Japan Has Another Close Call With A North Korean Missile 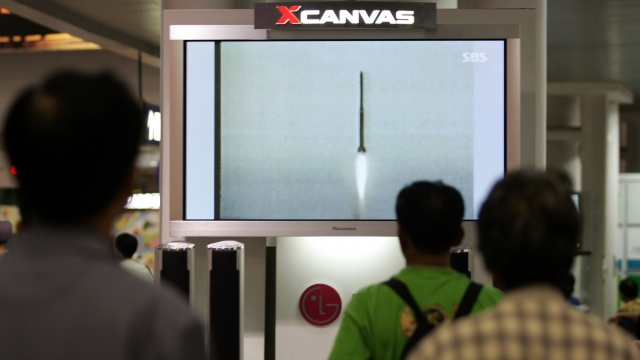 SMS
Japan Has Another Close Call With A North Korean Missile

According to the U.S. Strategic Command, North Korea fired two ballistic missiles Wednesday morning local time — one of them landed close to Japan.

One missile exploded shortly after launch, but the other landed roughly 150 miles west of Japan, crashing into its exclusive economic zone in the sea.

North Korea hasn't sent a missile that close to Japan since 1998, when one flew over the country and landed about 200 miles to its east.

The United Nations has banned North Korea from testing any kind of ballistic missile technology, but that hasn't stopped the country.

Its last missile test was less than three weeks ago, when it launched three short-range missiles.

That came shortly after South Korea announced it would enact missile defense technology that could defend two-thirds of the country from North Korean attacks.

The damage from Wednesday's missile that landed near Japan was minimal,since it didn't detonate above the surface. But experts have warned the leftover fuel in the device could still trigger an explosion.