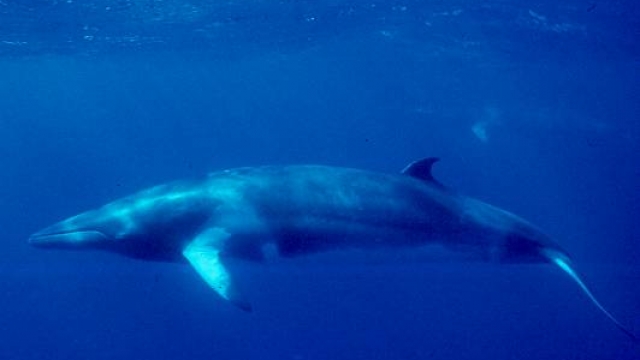 SMS
Japan Claims It Killed 333 Whales For 'Scientific' Purposes
By Grant Suneson
By Grant Suneson
March 24, 2016
Japanese ships returned to port this week with 333 minke whales. The country claims the whales were killed for research, but many aren't convinced.
SHOW TRANSCRIPT

After a three-month mission, a fleet of Japanese ships has returned home after catching 333 minke whales, more than 200 of which were pregnant females. Cue the angry reactions.

Japan's government claims the expedition was for research, but the U.N. International Court of Justice and scientific and animal welfare organizations have universally called BS.

For one, the Japanese say they’re studying minke whale migration, but killing the whales and putting them on your boat obviously prevents them from migrating. Second, most of those whales will end up as food.

Japan likely classifies the hunt as scientific because whaling is forbidden by international law, though it's not the only nation that still does it.

Norway is the only other country that expects to carry out any whaling this year, but it largely avoids international flak because it hunts in its own territory, while Japan goes into international waters.

Despite widespread pressure to stop, Japan says it plans to continue hunting whales at the same rate for at least the next decade.

This video includes clips from CC by 3.0 and Channel 7 and images from CC by SA 2.0, NOAA and Getty Images.