January's A Popular Time To Divorce Your Partner 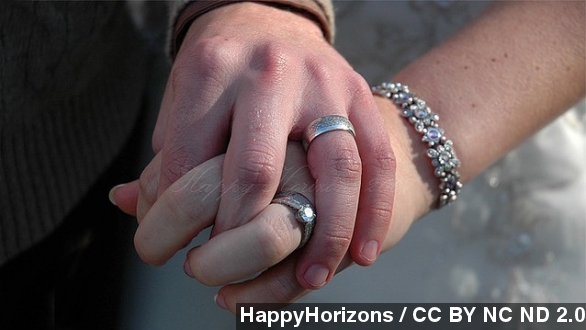 SMS
January's A Popular Time To Divorce Your Partner
By Katherine Biek
By Katherine Biek
January 7, 2015
Divorce filings jump by about 33 percent during the month of January, presumably because couples want to wait until after the holidays.
SHOW TRANSCRIPT

It seems January is a popular time for couples to file for divorce — in fact, it's even earned the nickname Divorce Month.

Divorce filings in the U.S. increase by about 33 percent compared to the other 11 months of the year. (Video via Fox News)

Many believe it's because couples don't want to break up during the holidays, so they wait to file until after celebrating the New Year.

"People don't want to be accused by friends, family that they were heartless right before Christmas," a divorce lawyer told CNN last year.

Filing at this time also means there's a decent chance the couple will be divorced in time for each to file as a single person on April tax forms.

And this isn't just in the U.S.

MarketWatch reports a recent survey conducted by a legal firm found 1 in 5 couples in the U.K. also plan to divorce in January.

According to The Conversation, January has been a prevalent time to get divorced since all the way back in the Middle Ages.

And overall, the chances of a marriage ending in divorce are pretty high.

In 2014, a researcher from the University of Maryland found divorce rates in the U.S. are on the rise, most likely because of the recovering economy. He suggests that between 2008 and 2011, around 150,000 couples who wished to divorce didn't end up doing so because of the poor economy.

KNBC reports this is also a popular time to start looking for a new partner.

"Match.com says it quickly sees a 40 percent jump in new signups between December and February," an anchor says.

Sounds like all those newly single people want a date for Valentine's Day.