Janet Reno, The First Woman To Be US Attorney General, Has Died 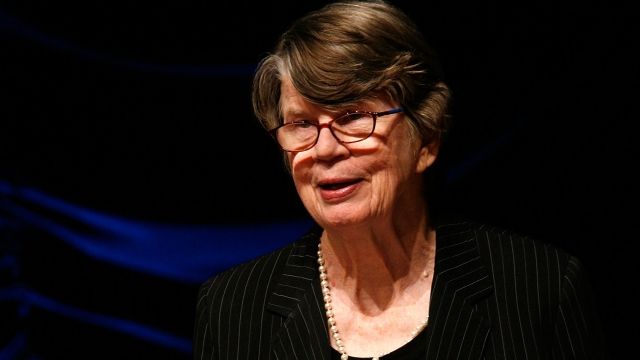 SMS
Janet Reno, The First Woman To Be US Attorney General, Has Died
By Lindsey Pulse
By Lindsey Pulse
November 7, 2016
Reno passed away after a long battle with Parkinson's disease.
SHOW TRANSCRIPT

Janet Reno, the first woman to serve as U.S. attorney general, has died.

Reno passed away on Monday morning from complications of Parkinson's disease, which she had been battling for more than 20 years.

Reno graduated from Harvard Law School in 1963. After working her way up the ladder, Reno served as as attorney general in the Bill Clinton administration from 1993 to 2001.

This put her at the forefront of history and many notable events, most recognizably the 1993 federal raid of the Branch Davidian religious cult in Waco, Texas.

Law enforcement officials raided the Branch Davidian compound to investigate the cult for illegal activity. After a 51-day standoff, the compound erupted in flames, and an estimated 80 members of the cult perished.

SEE MORE: The First Female Librarian Of Congress Is In The Building

And in 2000, Reno represented the U.S. in the international custody battle for young Cuban refugee Elian Gonzalez.

Elian was the only survivor among a group of migrants trying to make it to the U.S. Reno authorized the seizure of the young boy to return him to Cuba.

Reports say Reno spent her final days at home surrounded by friends and family. She was 78 years old.